But anyway, im thinkin im a truly transsexual because i've been reading some articles.

B. femboy mode. Feel like a sissy or femboy, a fem looking girly boy.

C. Full on total anime transsexual, where I want to look like a real woman with a vagina.

D. Chick with a dick mode, a devious seductive transsexual with a penis.

E. Cuntboy mode, a submissive male, that doesn't have ugly male features, with a vagina.

What I was reading is, when transsexuals take hormones they get random giggles and furious emotions.

But my whole life I always had random giggles and furious emotions. My whole life I was told I was just eccentric. Noone ever validated my gender. And other eccentrics betrayed me and left me to rot like a cabbage. And that is the grand tragedy of my life.

Also the other article I was reading was crossdressers who have sex changes. Like I said I got nothing against crossdressers, if a hot crossdresser wants to do me so be it, my PM box like I said is always open. But in the article it says sex-changes are not a good fit for crossdressers, because they lose their sexuality from hormones. But it's like me, when I take female hormones it makes my libido skyrocket even more than before. Therefore I feel like I am truly transsexual.
And here's where it gets confusing. Because if you gave me a sex-change right now, I might regret it, because my penis has never been in a vagina. But it's not that I would regret the sex-change itself, but regret that I never got to be sure of what a penis feels like or to validate myself as a woman. There is a good chance that a sex-change is what I actually need, but I can't actually know because I never got to use my penis enough to even know whether or not sex feels right or wrong with my penis. Buttsex (with my own penis) and blowjobs (with my own penis, but not autofellatio because my back don't stretch that way) always felt weird to me, but for all I know the vagina is the source of heavenly ecstasy and I would be a fool to flatten my dick.

You don't need to be bisexual. Who you want for sex is different from who you want to be.
You might need to contemplate that you might not wish to be labelled male or female regardless of your anatomical configuration.

You don't need to be bisexual. Who you want for sex is different from who you want to be.
You might need to contemplate that you might not wish to be labelled male or female regardless of your anatomical configuration.

I know some gender non-binary persons locally. Yeah, initially you are stuck wondering "are they male or female? and where did they begin?" It's simple to just politely ask, what are their pronouns and who interests them.

I dunno, I may be gender-non-binary, but I am afraid to say it because, if I say it people will lose the gravity of the seriousness of my situation. I am not happy as a male and hate my body sometimes. But if I say gender-non-binary they will just think I am a cool hippie who wears womens clothes and does not mind to be male.

For example, when I say I want to be a cuntboy, what I mean is I am not happy as a man. I am saying if I looked like a very good looking 18 year old boy who does not have disgusting male features and has a vagina. I would be cool with that but still the other part of my gender is female.

I cannot be cool, or happy as a man with disgusting hair and bony features.

Now I also said that I can be cool as a chick with a dick, but still, I need to look female and not like a disgusting man with disgusting hair and non slender features. 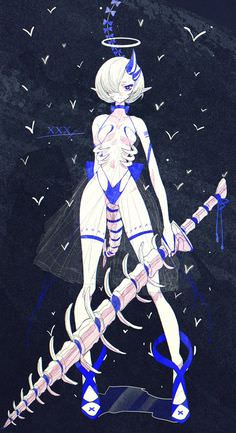 That is what it means for me, but when I say it, people and other transsexuals just assume it means I am cool, and happy being stuck in a man's body, which I am not.

And yes much of this is sexual frustration. I feel like I get no sex and that being a female will finally make me sexually happy. But there is more to it than that also, whenever I look in the window when I am in public I feel disgusting, like I am not slender, and that I am this towering "thing" like the terminator, darth vader or emperor palpatine, I feel like I am deformed and evil like emperor palpatine, and that I am stuck in a man's body and I feel trapped.

Ok I just found more evidence that I am a real transsexual.

I read this article that says this "But something inside Samantha hated being a woman. She found the conversation superficial and the sex second rate. She loathed shopping, disliked gossip and fretted over the endless maintenance of her face and figure. In short, Samantha Kane desperately missed being one of the boys. "

But the other thing is, I love shopping in glorious malls which are my utopia, I remember the glory days of being a child in shopping malls which was absolute utopia for me. But nowadays I do not love the malls as much and they feel boring, like a ghost town. But deep in my brain is my original child-like mind and I still love the idea of malls. I think I would like the malls more if I didn't have PTSD from being male and was actually born with a female body. Also might like it more if I wasn't poor and actually could buy something, also might like it more if they didn't always close down all the cool shops like those board game shops.

Also about gossip. I'm obsessed with it and can be one of those bitches like from monster high. Only difference is I'm bisexual and lust after women. Also Im a good person of gossip, if someone is nice to me I don't gossip negatively about them I only say good things about them.

Also, bout being one of the boys, was never into sports really. If I play e-games I like to troll people with a female avatar and practice my girl voice until they discover I have a dick and balls. Makes me feel powerful actually.

Far as conversations, its hit or miss. Some women bore me to tears other women I talk and talk endlessly, usually these women are in love with me, but married so they can't date me. And they lay on my lap and caress me but it never goes any further than that. Although in general most people are both standoffish, secretive and superficial so interesting conversations are sometimes hard to come by, for both males and females. Typically though if I had to sit in a room for 1 hour to talk to someone, and all I know is it is a male or female, obviously I choose female because, for all I know she will fall in love with me and I get some sex.

Also, as far as the sex goes, maybe she needed to be a lesbian and wasn't into dudes, so its not fair to blame the sexchange. Sexchanges are always, in my mind, my holy grail of utopia a sign that one day I "made it" and became a true god.

Also women can have some of the most complex conversations I've ever seen almost like talking to an alien from the future. I have never seen a man talk in such a complex manner ever compared to a couple of women I have talked to. So saying that all women are inherently boring to talk to is nonsensical, they have more developed language centers than men, and also one of the pioneers of computer programming was a cis female, so it is really nonsensical on every level to assume all women are bimbos. Not to say I never had some woman-hating days. But its nonsense to believe that every woman on earth is a bimbo.

Only thing is the food. I want to eat food, but I want to be slender. Basically when I am on female hormones, want I want to do is eat as much food as humanly possible. But I also want to be sexy and slender.

I love to wear skirts (on occasion), but I don't consider it to be "cross-dressing".  If I was abducted by aliens, taken to an uninhabited (yet habitable world) and dumped-off, I would wear blouses and skirts most days, but that would be the extent of it (if you get my drift here).  But, in general, if a particular behavior is between and with consenting adults that does not involve harm, I don't have too many issues with such.

Whats the guilt of.

I consider myself 51% female (corporate ownership, my geniune self.) 19% male (19 because that was the day I decided I was uggo and couldn't stand my male face in the mirror anymore) and 30% hatred, hatred has no gender in my opinion. But on some days it feels like 90% hatred, 5% female and 5% male. On those days I can't decide if I'm female or male.

"From the other board, a comment, Just consider yourself a woman with a penis..." really resonated with me, and so, that's how I look at things.

Don't know if I did or someone else, but if I did, you're welcome.

I love to wear skirts (on occasion), but I don't consider it to be "cross-dressing".  If I was abducted by aliens, taken to an uninhabited (yet habitable world) and dumped-off, I would wear blouses and skirts most days, but that would be the extent of it (if you get my drift here).  But, in general, if a particular behavior is between and with consenting adults that does not involve harm, I don't have too many issues with such.

Some days I wish I could be abducted and taken on that planet with you. If so I would wear girls clothes at all times. 2 reasons mainly, the fabric of the clothes feels good and soft on my skin, whilst male clothes feel like dry fire retardant. Second reason is, style. Guys clothes are boring and I like the aristocratic style of female clothes, which make me feel like a god.

many start off simply thinking of themselves as crosdressers usually out of a form of denial.