epiphany of transsexualism, a new view

epiphany of transsexualism, a new view

Ok so I was laying in bed. My arms were scrunched up on my boobs and instead of the weak A's I have now, I started fantasizing I had big boobs (not huge, but big.) Then I remembered many years ago this weird and ugly man had molested me and rubbing my arm. This was a long time ago, back when I was on hormones and I was softer and more feminine.

Him rubbing my arm gave me an instant and intense arousal, and I could not resist. I knew how ugly he was, but the feeling of me being his submissive girl felt so good and exquisite to me. By the way the guy was the boss of my therapist. So the next week I went back into therapy, hoping to be molested again. Except the creep was not there. I literally had to go outside and walk around the entire perimeter and awkwardly ask around to find him. I eventually found him, he was in his car. I walked up to him and he was cold and standoffish. Felt like he wanted nothing to do with me. I guess because of the sunlight outside, it highlighted my neanderthal brow and made me look like more of a man. Or maybe he masturbated beforehand and no longer had any interest in me.

Reliving this whole thing made me intensely mad. I am so sick of being used and discarded by people.

Then I fantasized about other guys, who were more handsome and tolerable. And I thought about some internet links about some transgender persons who regretted a sex-change. I said, what if I get a sex-change in real life, and that's me? Then I imagined the man I love penetrating me with his giant 1 foot boner. And his boner going past my vaginal walls and into my tummy. And I said, you know what I would regret about a sex-change? No way for their dicks to go into my tummy like a real woman (I saw in real life porn that fisters can go into a tummy with a real vagina.) So I started to fear, that my vagina would accommodate small dicks only.

But in this new fantasy, I was a real, cis woman, outside, in public, in nature, in meadows. And I felt so good and heavenly. Like I just felt so happy.

It was like, the sexual urge was the thrust I need, to transition to that new fantasy, of being a cis woman with boobs. Because I further had this fantasy, of being a cis woman in a grocery store. Pushing a shopping cart. Just feeling happy to be at the store. And in the fantasy I was shorter than real life, just the height of an average woman. And I was so happy. It was just this joy that filled over me, of just being alive.

But in real life, it is the opposite. I hate going to grocery stores and people make me feel uncomfortable. When I am a male in stores I feel like I have to prove myself to be worthy of love. Like I have to put on a show and entertain everyone or else they won't pay attention to me. When I am trans in stores, I feel afraid, like someone is gonna fight me or give me a hard time. Either way I feel unhappy and uncomfortable. I don't want to be a male. I don't want to be a trans, a third thing. I want to be a cis woman. And I think I have built up so much male-brainwashing throughout the years, that I am afraid to even think about an alternative. I think the sexuality is the thrust I need to plunge me into the fantasy realization of the emulated experience of a cis woman. Because in sex you let your guard and ego defense down, this exposes a hole in the male brainwashing that allows you to explore other feminine areas you have been conditioned to avoid thinking about.

Thus my ideas on crossdreamers are, they are afraid to transition because they subconsciously realize that transitioning, may cement their fears that transition is never possible. A transition where they don't end up passing and lose family and friends, may damage their fantasy of ever becoming a cis woman. Then they will be forever cemented into the male realms. It is my theory that all men are trans, at an early age realize that they are different from their mothers, this causes a deep seated resentment in which males overcompensate with masculine activities in order to express their contempt that they were cast into male bodies.

So some say that, to be male, and life in a world where males must prove their worth, in order to be loved, is more fair. But I am sick of it. I am sick of being a dude (a dud). If I was a woman, people would love me just because I am pretty. Some say that is shallow and unfair. But it is more fair than having to constantly prove you are a god in order to even get the slightest attention from society. I am so sick of googling tips and techniques of how to flirt with women and being constantly rejected because I'm not confident enough or have enough money. I am so sick of being inherently unloved and having to prove my love. I want to live a happy life and be a cis woman, but I can't, I wish someone would save me. 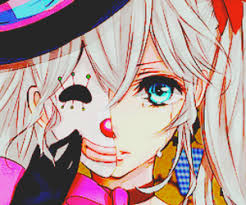 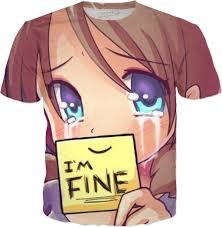 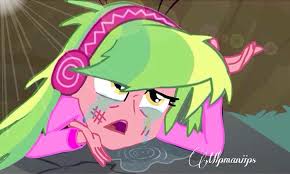