Well , it was a long fritful morning. Driving to work at silly O'clock this morning for my 12 hour shift, Helga's winkers decided to conk out! Nothing! I wiggled the winker thingy up and down every few seconds, yet still there was nothing! I wondered if they were actually working on the outside and so I pulled over and I checked them, but they were lifeless. I felt a lot scared and carried on quite upset and nervous. Lukily there is nothing much on the road at 5.30 a.m. and thankfully I made it to work safely.

This morning I was very despondent and not myself, deep in the depths of despair as to what to do, my garage is Monday to Friday only as well and I have two night shifts tomorrow and Monday, I am lost without my Helga.

I think my colleagues picked up my depth of despair quickly and once told of my disaster, I got lots of suggestions about what to do and a lift offer for the rest of my shifts.

Someone said I should phone the AA, which I thought I would try and do so it coincided with a flexible break. But then a very nice colleague said he thought it was the relay thing, and that the AA would be best left 'til Monday anyway. He said he'd look up what kind it was and if one was around locally, he would try and put it in. That cheered me up a little but I was still worried lots.

So he found one not far away and I was to get it, but my colleague said he had best see if he could get the old relay out first and check. Anyway, he looked up online stuff and as I watched he soon had bits off under Helga's old radio, I did wonder, coz I'd fiddled quite a bit with her really temperementical radio yesterday, it keeps getting louder sometimes or quiet, but he said the radio had nothing to do with the relay box.

Anyhow, there was lots of weird looking bits there, all shapes and that, he knew which one the relay was and showed me. The relay is a black box about 2 inches big and it makes the winkers work. He asked me to switch the key on and try the winker. After just a few seconds Helga's winker worked!!!!!! I was very excited!!!! Then it didn't work and my heart sank.... but then it worked again!!! It was a wobbly connection to something under the relay, he said he had to secure it on because it was moving about. He left and came back with a strip of black plastic, soon he had it right and it is working!!!!

Well, I was so very happy, I was told to make sure and check them all and I raced around Helga and every winker worked! I had a great afternoon and I know it sounds silly, but driving home tonight I actually enjoyed putting on her winkers at every turning and I also had a very long chat with her, but that is between me and Helga. Sorry, it must so be a very tedioustical story for you, but very, very important to me, I'm on my own and I have told a close friend tonight and now I've bored you with it! Anyhow, I shall take a bottle of wine in for my colleague, next dayshift! 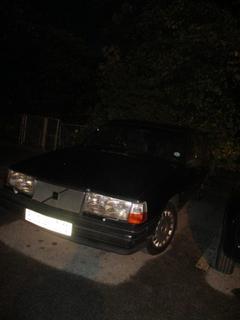 Great to hear Helga is ok

It might be boring but there's always a guy who knows this stuff.
I could give you chapter and verse about dishwashers.
But we bought a new one eventually.

YouTube is where it's at. Whatever your issue someone has posted a video.

I just wish things work. I get so stressed when they don't. Meanwhile my wife just assumes I know what I'm doing but I'm just like her: Clueless.

I am glad you found Helga's problem. Since the error was that the entire winker system didn't work, starting with the circuit breaker or relay would have always been a best choice.