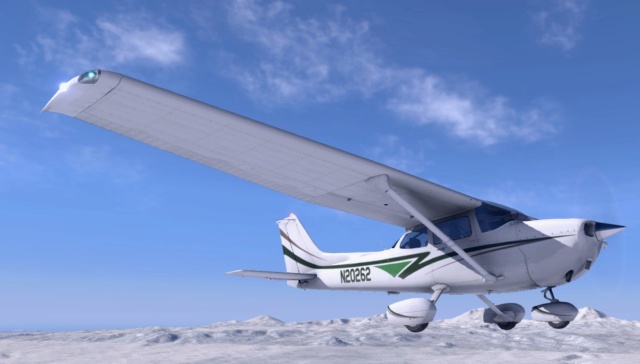 I don't think the Cessna 172 is obnoxious

She's a cuddly fluffy bear of an aeroplane. I've logged several hundred hours in them over the years. She'll always look after you if you treat her kindly.

She's my favourite. She performs as close to "the real thing" as X-Plane can currently muster.

In the simulator I rarely fly any more, the flares on the 172 made a difference in aerodynamics. At my FSEconomy game, I was actually seeing a few-dollars-a-flight savings in her.

I'm not really into computer games, whereas my Brother who I see very occasionally was in to computers from way back when. I remember him having a Microsoft cd disc type simulator game about WWII. He was very enthusiastic about it when I visited many years ago and I had a go. You had to take off on your choice of plane, I chose a B52? Well a big American plane anyway and you fly over the channel, which you could skip, and then have to defend against other planes. I was no good really, as I remember, I crashed into a building in the airport base thingy and when I did get it up I got shot down quickly and there was somethng about undercarriage, some joke the captain or whoever is in charge, said! It was fun to watch my brother do it properly, I have to admit, though he preferred the Spitfire.

Ahhh yesssss, Combat Flight Simulator. I never could get myself to skip the dull bits.

The Spitfire was a mighty fine aircraft, especially after Ms Beatrice Shilling suggested placing a brass ring in the carburettors of the engines to stop them from flooding when inverted.

Oh, what a wonderfully English name.... oh, if only my surname was so beautiful and eloquent, such as Shilling instead of the dreary, boring Eriksson. I should have called myself something so truly romantical as Beatrice, it is such a good name! Miss Beatrice Shilling!!!! Yes her orifice helped Britain win the Battle of Britain and with air superiority her orifice stopped engines stalling, keeping the Nazi wankers outta Britain!!!

Here is a little of wiki on the subject!

" Miss Shilling's orifice ", a small metal disc similar to a metal washer that restricted fuel flow to a carburetor. This helped prevent engine stall in the Rolls-Royce Merlin engines of the Hawker Hurricane and Supermarine Spitfire fighters, which could lose power or even completely cut out..."

She is so my new hero and I shall add her to my list of heroines!!! here are some pics!!! She raced motorcycles and led such an exciting life!!! 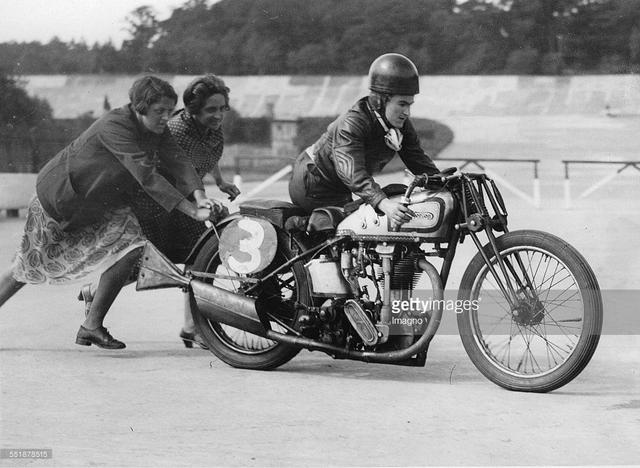 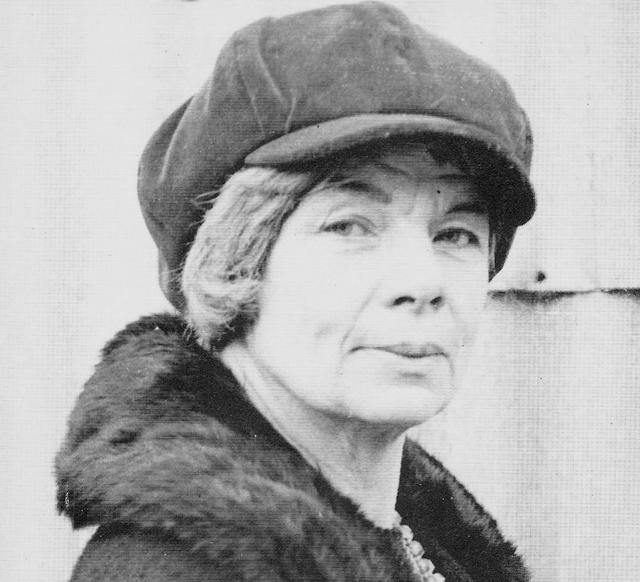 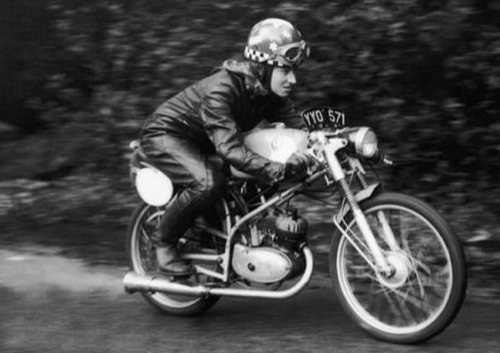 I loved the idea of simulators. I played many of the early sims. It was a replacement for my inability to fly the real thing. Although I did fly the real thing, rather expensively. But couldn't make the breakthrough to professional piloting.

But then I did. I was a professional pilot. Turns out I didn't enjoy it much. Worse I realised I'd made a mistake.

I now know flying for me was an escape from.. well you all know.

So sims to me are boring. The real thing was 99% boring but one percent terrifying. That's a lot of terror in reality.

So no video games attract me anymore. Actually practically nothing attracts me anymore.
All my dreams have evaporated.

Sigh, I miss my delusions.

My life now is mostly on autopilot. No pun intended.

First of all, a hundred hugs, my dear Marie. I would love to be able to give you the spark it would take to cheer you up.

RE: Doing what you love for a living -- I LOATHE music now after 35 years of trying to get somewhere with it. I can relate.

I've been trying to force myself into composing. It doesn't work well.

If you'd like to hear my surviving recordings, you can go to http://www.soundcloud.com/kaibeth

For the love of S.U. carburetors (they were installed on the Rolls-Royce Merlin engines in the Spitfire).

My first car once I returned home from Vietnam 1966 was a 1963 Austin-Healy 3000 with a modified 6 cylinder truck engine. It had THREE S.U. carburetors on a single manifold.

One late night, while returning from my then future wife's home, the car just stopped. Huh! This was right in the middle of the Dumbarton Bridge, a two lane engineering piece of shit, oops steel that crossed the southern part of the San Francisco Bay.

The electrics still worked, so I turned on the turn signal to warn the very light traffic of my predicament. I lifted the hood, looked around like I knew something about automobile engines. Not finding anything wrong, I dropped the hood and tried to restart the motor - a healthy roar ensued and off I went.

A couple of weeks later the same thing happened. I opened the hood, looked around and restarted the engine.

The next time this happened, I simply pulled on the hood latch cracking an opening in the hood and hit the starter - varoom!

It seems the British S.U. carburetors were getting vapor lock.

I sincerely hope you meant the intent of your post. Because it is effing funny, very effing funny. 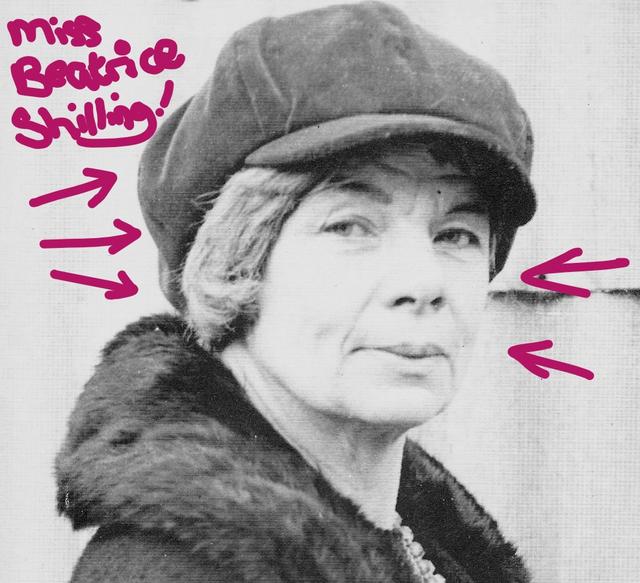 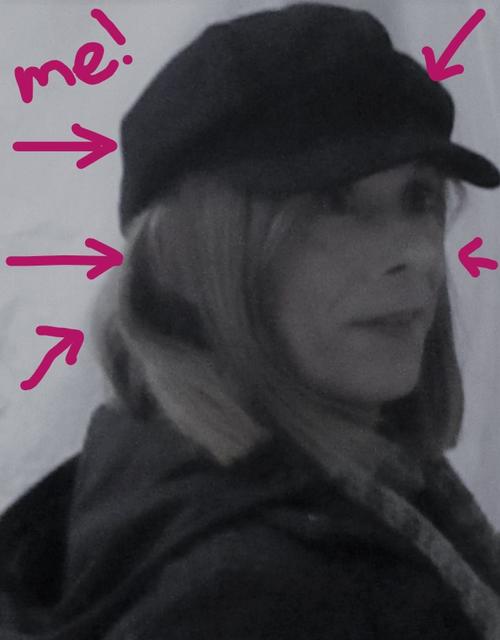 Oops, and apologies for giving you undo credit

. I found the original image of good ol' Beatrice after a further search. I think the image you chose was a bit removed from her celebrity.

Well, of course you are forgiven! Yes it is an oldie pic of her not in her prime! I looked and it looks like she rode Nortons. The Austin company was quite a big company in the UK, it swallowed up some other companies along the way, but when cars were made in just one country alone, literaly every part and right down to the light bulbs, the British knew how to make motor cars. Alas, all the brands are global now and many parts are not made in the same country and all kinds of stuff is pushed in making them very complicated machines!