A lot of engineering/a lot of science

A lot of engineering/a lot of science

The Event Horizon Telescope is a group of 8 different radio telescopes at a better understanding can be had at https://eventhorizontelescope.org

The image was collected by accurately pointing and timing the observations of 8 radio telescopes using an atomic clock to record data from an elliptical galaxy, about 53.4 million light-years away from us. After the data was collected it was massaged by many different algorithms until the image looked like this:

What you are looking at is the super gases swirling around the black hole at the center of M87. The dark area in the center is the actual black hole but you can't see anything because, well it is a black hole and light does not escape from a black hole.

Radio telescopes are typical giant dishes of what some may have on their roofs at home. The largest radio telescope is the Haystack telescope in Massachusetts:

Another member of the eight telescopes was the multiple array in the Atacama Desert in Chile: 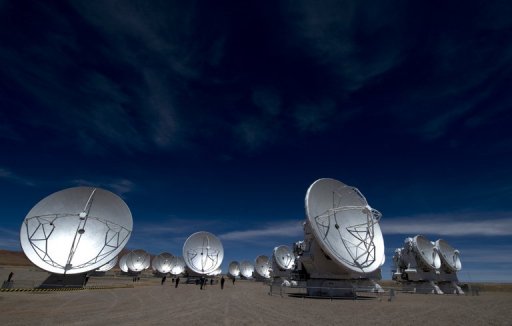 This is truly a fantastic achievement by a group of roughly 200 individuals who put together the engineering to accurately align the eight radio telescope to capture the images at a resolution unequaled before and the astronomers/cosmologists who took the data a coalesced the data into what is now the first image of a black hole.

This is good work

Whoh….. 53 million light years away! That's far! As, when I hit my second light switch, I can't jump into my liccle bed before it goes dark, so I reckon that's quite a long bus ride away!

But seriously, all that part is quite amazing! The universe is quite weirdy and I reckon it's coz it was made that way. I do like the other pics, I wish to add, before I get on to ….. the piccypoo!

For is it not, be honest Miki... if using those algorythym thingys, totally based upon a computer's impression as the end result kind of thing? That is somehow like me imagining how .... hang on, thinking....

Ok, an image of a superoldymouldy bit of strange coloured cheese, that I've never bought before. It would be how it may look.... through a very, very, opaque bunch of cling film wrappers and then expecting some kind of result after my describing and imputing it into computers, (programmed by me and my thoughts upon the subject), to output a nice colourful picture of the mould?

Maybe I am just being silly, but I don't believe everything as being totally true to form, especially when agencies require funding from your federal sources. Try to think of the first drawings of maps of the earth, men in the Moon, canals on Mars etc...

So, I reckon that could just have well been a pic of a scientist's German sausage, illuminated with a torch, in a dark place, like a fridge with a broken light!!!

The data the group collected is real. The cosmology says a black hole will look like what they imaged so the algorithm was massaged to fit what was expected. 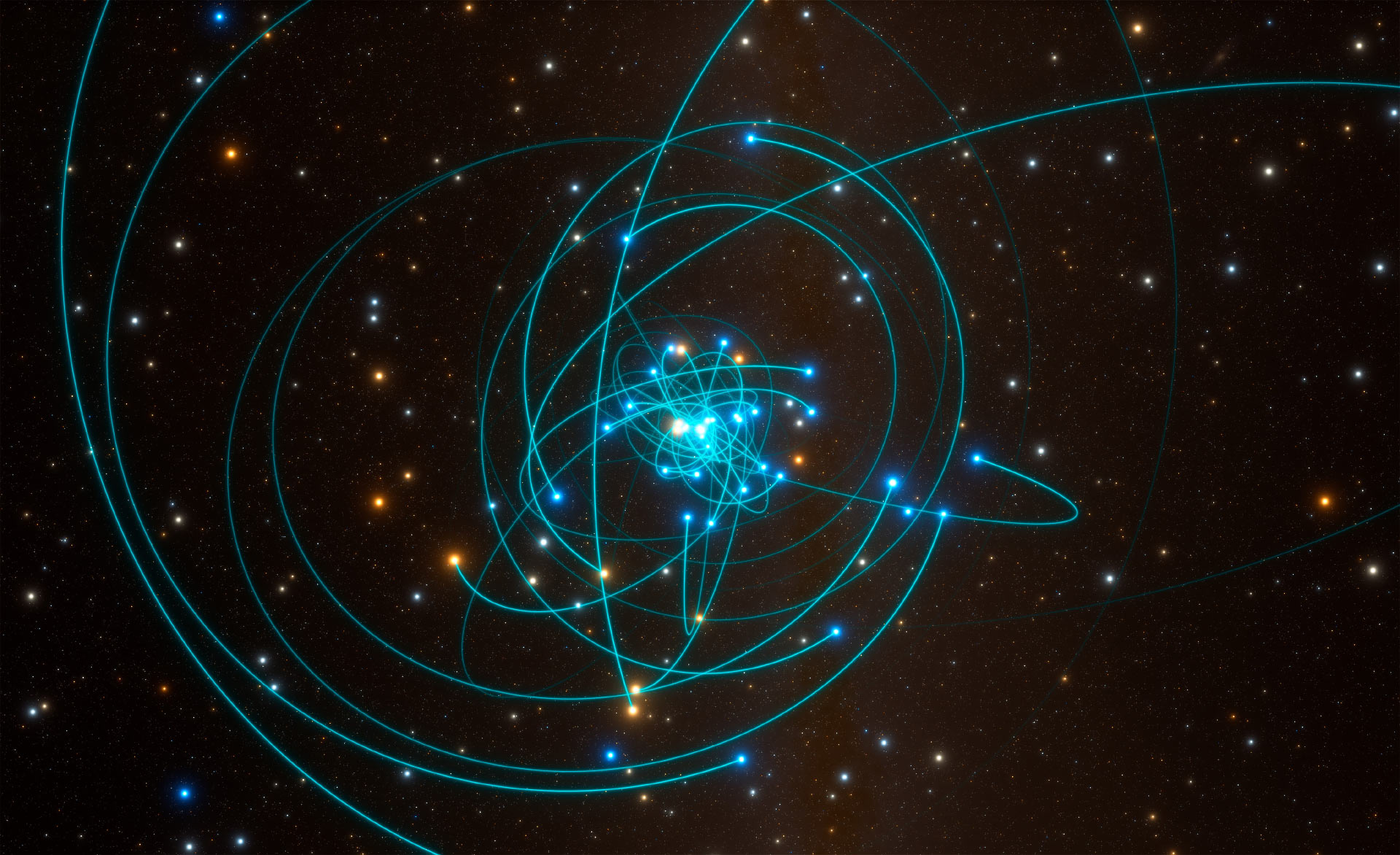 Each of those star orbits is an actual star that has been visually imaged over time (several years) and then the orbit plotted. The closest stars to the black hole orbit REALLY fast and circle over a matter of days, not years.

There is a lot more information @ https://en.wikipedia.org/wiki/Sagittarius_A*#Orbiting_stars

That must be chaos round those stars! Orbiting in days! I suppose any planets that were around them got flung out or crushed.... amazing stuff and well done to those plotting those stars' path!

Anyway, I did an experiment.... lots of wires everywhere! I hooked up my computer to my phone and tabby and the toaster and straightners in the bathroom and kitchen to make a triangle and put in my Pink Cosmic Worm algarythmicthingy black hole theory! 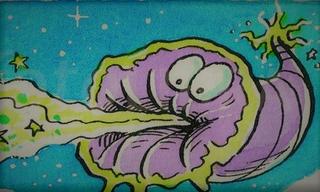 Well, and there was me thinking this was a techniclological discussion!!!! Are you not cogniscent with the well respected Pink Cosmic Worm black hole theory Miki? He munches stars and stuff and burps the ones he don't like out!!!!

Celia Eriksson wrote:Well, and there was me thinking this was a techniclological discussion!!!! Are you not cogniscent with the well respected Pink Cosmic Worm black hole theory Miki? He munches stars and stuff and burps the ones he don't like out!!!!

I like that theory but it's not pink and it's not a he. I mean come on it's a hole that sucks things in and men get very excited about it.

... well ok, but, oh alright.... she is billions of light years away!!! Anyway, I enjoyed Miki's pics really, was only having a bit of fun, maybe she should start an astronimicical thread that I promise, (I do promise, honestly!), not be post daft things on!