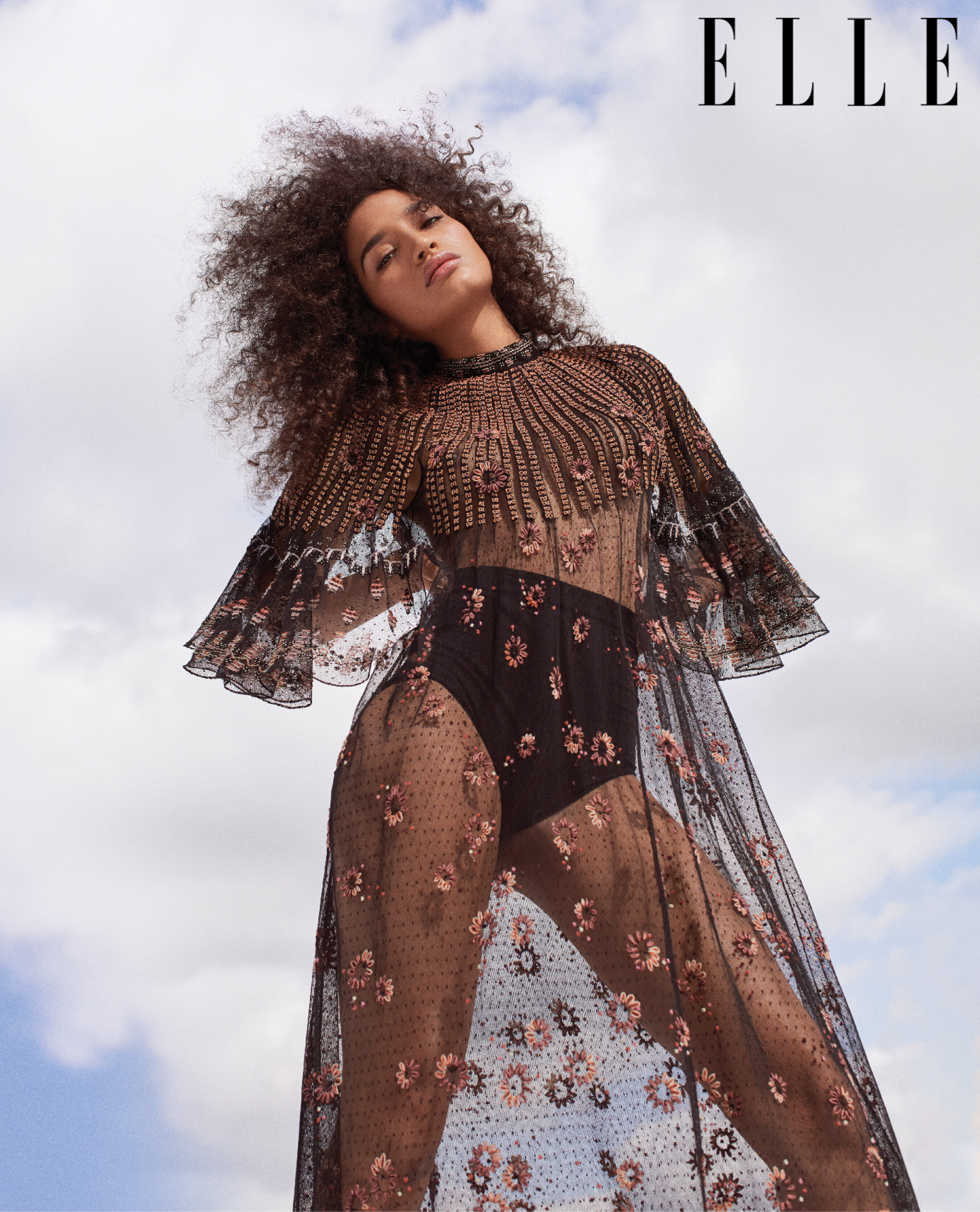 This is important because the magazine ELLE promotes new fashion statements.

Celia Eriksson wrote:Indya looks absolutely terrific, what a beautiful young girl. (I am so jealous of her lips.) I believe women like her are wonderful ambassadors for our cause. One day we will be free of bigotry, we are still the last free shot for the bigot, in many so called civilised nations.... but we are getting there girls and guys, we shall overcome!!!

Bang on Celia, as ever. We are still free shot for the bigots and those who think they are being reasonable for doubting us. They still think we're men in skirts with mental health issues and they actually think that's a reasonable point of view. I cry sometimes in sheer frustration. That's why I stay hiding.

I think she looks great. Though personally I feel pretty mixed about being used to sell attractiveness on a fashion magazine. Or that as any sort of measure of the validity of our right to exist or be a women.

Sorry, I should just cheer yay transwomen! Perhaps it's the crowd I am with now but can't get excited.

Pick me! Pick me!

No, I wouldn't mind being the example of the standard of beauty for once hehe.

No, I wouldn't mind being the example of the standard of beauty for once hehe.

Just like I wouldn't mind trying being miserable and rich! I'm not getting as much out of happy and poor as they claim I'm supposed to get.

You are beautiful... Fuck standards. As to miserable and rich... I don't know seems like a lot of work. A bit like Trump... That boy works really hard at blaming everything but himself... I thought I was good at denial and repression... But he is the master I mean how does one manage to claim genius and refute it in the same sentence without any hint of irony or sarcasm is mind blowing. So I think I prefer comfortable and apathetic.

Being a species that understands abstraction, we have come to define what is meant by beauty or ugly. But, since as a species we do not think alike because of gender, race, religion, or whatever we allow beacons to set the standard.

Elle, a magazine, like a beacon has set a standard, a bar very high given a consensus of those interested. Before Indya, only cis-females would meet the false, but accepted standard of Elle. Now, we have a sister, a very beautiful sister whose existence is beyond simply being a transwoman, she is now a transwoman whose entire being has, for the moment, surpassed all other cover models for her beauty.