Coming out to my Dr.

Coming out to my Dr.

So I haven't been a regular since the old board went down, but I thought I'd pop in today with a bit of news.
Well I've just moved to a new area, and today I've made the terrifying decision to meet with a new doctor and come out officially.
I've been dancing around this decision for a few years now but I decided it's crunch time, no more putting it off.
I am very nervous about this and I'm not even sure how well it will be received.
So wish me luck! 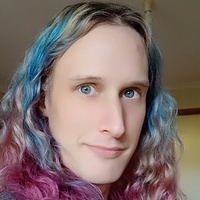 Well I survived!
(So far)
My biggest fear in going into this was being told "No" but it was in the end nothing to be nervous about. Today was about meeting the doctor for the first time, and I was nervous! But once the words were out of my mouth, it was easier.
I already have another appointment next week, to discuss a plan of action moving forward.

Nice to hear from you again and what news!!! The step of steps is overcome and may I wish you complete success on the road to the real you!

Keep in touch and let us know how you are getting on! Join in and have fun talking about anything and everything! From tips to music, from your life, tour day, music, fashion, football. There's only about ten or so of us here that are regular, so you will have our full attention!

Well done, as usual with these things the anticipation is often worse than the actual reality. Now you can go forward.

I haven't told the my Doctor. Well he's not my Doctor He's the one I attend. None of his business.

Glad to have you in our gang, and glad to hear step one went well.

Because of my age, being a veteran and health issues I have at least 5 different doctors.

I came out to each one the first time I met after I announced to myself that I was trans and got a great welcome from each doctor. I even came out to my dentist who was an Air Force dentist for nearly 20 years and he didn't drill any deeper than necessary to get that cavity filled.

My biggest health issue is a conflict between my lungs and my heart. My pulmonologist apologized when he had to put a 'male' designation in his pulmonary testing machine because the parameters need to be calibrated male or female and since my body (NOT MY MIND) is still male.

Congrats on a big step.

I had to go to a new doctor since we moved. I was apprehensive until I got to the patient information form. It asked for physical sex and gender identity. It was easy from there.

Best of luck in the future!

Well I was supposed to have my first session with a psychologist this week, but now it turns out it has to be pushed back by a week. The suspense is killing me!
But I am patient by my very nature and all things considered I still don't have to wait that long

Oh a set back, coz I know that we get impatient!!!! I hate waiting for anything, but at least a new date us set and the week will pass soon enough. Wishing it goes super dooper quickly for you!!!!

Well, I survived my initial counselling appointment!
I feel like it went really well, I found it surprisingly easy to let it all out. My biggest fear was feeling invalidated, but it wasn't like that at all.
And upon the advice I got, I've now registered on the waitlist for a specialised clinic. I started to panic when the first one I called politely advised they weren't taking on new appointments and to "check the facebook page for availability"....
It only took one more call to get my name on the list. It's a long wait time just to get in, but that's another box checked.

I am very pleased for you Nicky, I hope things move along quickly now and ye, another box checked! Best wishes to you sweetheart!!!