Celia Eriksson wrote:Just to have solidarity for the true left in the UK against the Corbynista fascists and the TERFS rife in his midst, let's have this great song. Love this!

What is so bad about Jeremy Corbyn? He is anti-war, anti-Zionism, and in favor of the poor and middle class. Good in my book.

Well, I don't get embroiled in political contrariness. There is though a difference between anti-Zion and anti-Semite. I am not Jewish, but I do support the right for them to not be ostracised just because of their race. I also support inclusion of all people to all areas of society, regardless of race or gender. There is also a large TERF membership. Nuff said. I won't be voting for them until they sort it out properly and that probably means goodbye Jeremy, however much I agree with his other views.. I shan't say another word upon it. Celia xx


He insisted he was describing "pro-Israel activists as Zionists, in the accurate political sense and not as a euphemism for Jewish people”.


The article you listed is hard to navigate, because it bombards me with ads and freezes my pc.


Also, the term "anti-semite" is itself, nonsensical. Just say it what it is, "anti-Jew".
Since Jews and Muslims are both semites.
Some recent genetic studies have found (by analysis of the DNA of Semitic-speaking peoples) that they have some common ancestry. Although no significant common mitochondrial results have been found, Y-chromosomal links between Semitic-speaking peoples of the Middle East like Arabs, Jews, Mandaeans, Samaritans, and Assyrians/Syriacs have shown links, despite differences contributed from other groups (see Y-chromosomal Aaron).
A DNA study of Jews and Palestinian Arabs (including Bedouins) found that these were more closely related to each other than to neighboring Arabs.[12][13]

Yes, I knew all of that.

A couple of weeks ago:

Well, this is a music thread and as much as I seem to be talking to myself these days, I'll relate a tale about one of my favourite women..... Millie Small.

Plucked outta Jamaica by a record producer, she lied about her age. She was clearly underage when she arrived in England to record My Boy Lollipop and other songs. She matured and became a little political and why not, recording songs against Enoch Powell and releasing an album which had herself sitting upon a 'banania boat', racist English people used to refer to people as arriving upon a banania boat.

Millie then fell upon hard times. Discarded coz she grew older, i.e. she reached her twenties. She became homeless and walked the streets of London , nowhere to slepp, no warm bed to sleep in.

Somehow, after an interview on TV, she got noticed again. Then she recorded lots of great ska songs, they are amazing, she is still around! And God bless Millie Small! Here are some of her sounds..


Here she is in Norway back in the day... sorry, it's a little way in after the accordian music, but it's my favourite!

Yes, I knew all of that.

A couple of weeks ago:

I don't get it. In the pic he is smiling and holding a black transwoman.

In the other link, it sounds like they are calling him anti-semetic because he is against Zionists.

Yup, this Lady was a genius. But! A lady with such talent in the music industry at this time, tragedy is inevitable. Poor Janis, such a troubled life.... this is the best, by far, version of this ever, will never be surpassed. RIP Janis Joplin. Celia xxxxxxxx 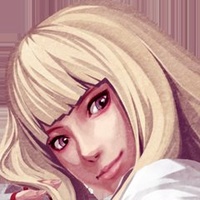 Always, always loved the songs of Marianne Faithfull.... this was a fav, also liked the Dr. Hook version, so in deference to them I nominate Sylvia's Mother as my fav of theirs!!!! here is Marianne >>>>

and the great Dr, Hook, Syvia's Mother.... makes me cry for the guy.... come on Sylvie, why are ya catching the nine O'clock train train????

American Pie, Don McLean
I listen to it when I am in "a mood".

Celia, you keep changing your avatar??

Celia Eriksson wrote:Yup, this Lady was a genius.

Yes, she was and why do all the best leave us so early?

The following is a little bit of history on how Kris Kristofferson came to write the lyrics:

Kris Kristofferson’s “Me and Bobby McGee”
“The title came from [producer and Monument Records founder] Fred Foster. He called one night and said, ‘I’ve got a song title for you. It’s “Me and Bobby McKee.”’ I thought he said ‘McGee.’ Bobby McKee was the secretary of Boudleaux Bryant, who was in the same building with Fred. Then Fred says, ‘The hook is that Bobby McKee is a she. How does that grab you?’ (Laughs) I said, ‘Uh, I’ll try to write it, but I’ve never written a song on assignment.’ So it took me a while to think about.

“There was a Mickey Newbury song that was going through my mind—‘Why You Been Gone So Long?’ It had a rhythm that I really liked. I started singing in that meter.

“For some reason, I thought of La Strada, this Fellini film, and a scene where Anthony Quinn is going around on this motorcycle and Giulietta Masina is the feeble-minded girl with him, playing the trombone. He got to the point where he couldn’t put up with her anymore and left her by the side of the road while she was sleeping. Later in the film, he sees this woman hanging out the wash and singing the melody that the girl used to play on the trombone. He asks, ‘Where did you hear that song?’ And she tells him it was this little girl who had showed up in town and nobody knew where she was from, and later she died. That night, Quinn goes to a bar and gets in a fight. He’s drunk and ends up howling at the stars on the beach. To me, that was the feeling at the end of ‘Bobby McGee.’ The two-edged sword that freedom is. He was free when he left the girl, but it destroyed him. That’s where the line ‘Freedom’s just another name for nothing left to lose’ came from.

“The first time I heard Janis Joplin’s version was right after she died. Paul Rothchild, her producer, asked me to stop by his office and listen to this thing she had cut. Afterwards, I walked all over L.A., just in tears. I couldn’t listen to the song without really breaking up. So when I came back to Nashville, I went into the Combine [Publishing] building late at night, and I played it over and over again, so I could get used to it without breaking up. [Songwriter and keyboardist] Donnie Fritts came over and listened with me, and we wrote a song together that night about Janis, called ‘Epitaph’.
http://performingsongwriter.com/kris-kristofferson-bobby-mcgee/

Here's one individual who's been overlooked:

Thanks for that! I never knew how the song had come about, or that it was based on the Quinn movie. I'll have to watch that soon and listen to etipaph. Janis is a hero of mine, she was taken way, way too early coz of a bad batch of that blight upon our society, drugs.

I do like American Pie too Jehanne, and yes I do change my avator lots, three times in one evening once on the old tgbs! It's coz I am vain, this one is from Sunday afore last. Have to have my bath now!

You're not vain; you just look good!

Celia Eriksson wrote:Have to have my bath now! Celia xx

Celia Eriksson wrote:Have to have my bath now!  Celia xx

Do not scrub too hard so as to take your beauty away.

Well, shucks, thanks, but I look too daft to be a beauty! Anyway.... 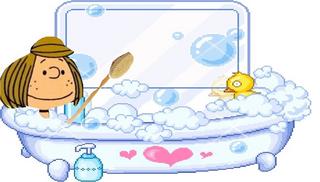 Well, I don't quite know why, but when I heard this first, I assumed it was an old Bob Dylan song that I had known for years..... but it's not! I only found that out today, it's funny how stuff goes like that. It was only released six or seven years ago and now I feel a bit silly, which is nothing new, I hear you all say! But it is now used on an advert so, being inquisitive to 'which Dylan song it was', I looked it up and realised that 'wow'.... it's not!, silly me, moment.. Anyway, it is very good and the guy is clearly emulating Mr. D.

I like this lots..... and others of theirs too! 'Car Over The Lake' has lots of memories for me, with a really nice Guy who was a gardener in Maidstone. He was an Ozark fan and I have loved them ever since and will never forget him either ..

Oh, I'm hogging this thread. Well, I listened to some stuff tonight, between long shifts.... about to go beddy byes, and watched one of my favourites, Marianne Faithfull sing a great song, but wondered how she managed to hold that pose right through the song. The song is a great, I like her version and Dr. Hook & The Medicine Show's too: The Ballad Of Lucy Jordan...


How did she hold that arm up for so, so long and the unsteady feet at the start and the tongue at the end, yet every word perfectly in syncronisation!!!!!????

I woke up yesterday to this playing from my Google device.
I knew it had to become part of my wedding music.

Two greats that passed a little early in their years. Beautiful...

Similar topics
» Celia's Fun Thread!!!!
» Musings and mutterings specific to transition
» The recently departed thread?
» This is what mankind can do
» Thread has evolved