Well, if it isn't gay fixing, it has to be something else I guess.

LGBTQ groups have blasted House Bill 1057, which would make it a misdemeanor for physicians to offer gender confirmation surgery to patients under 16.

South Dakota became the first of more than a dozen states to take action on pending legislation that would restrict access to treatment for transgender youth.

The state’s Republican-dominated House on Wednesday voted 46-23 in favor of House Bill 1057, which will make it a misdemeanor for physicians to provide puberty blockers or offer gender-confirming surgery to trans patients under 16 years old.
https://www.huffpost.com/entry/south-dakota-transgender-youth-bill_n_5e32dd09c5b6f26233251bfb

Well, looking at that is quite easy, I pull it up on images rather than go to South Dakota, if that is how it is there.... or how much they respect us!!!!

I'd rather see the Crazy Horse one, (I hope that's not in South Dakota!!!!)

Never finished, it was quite a project!!!! Here is a pic of how it was gonna look and behind how it looks, it would have taken a century!!!! 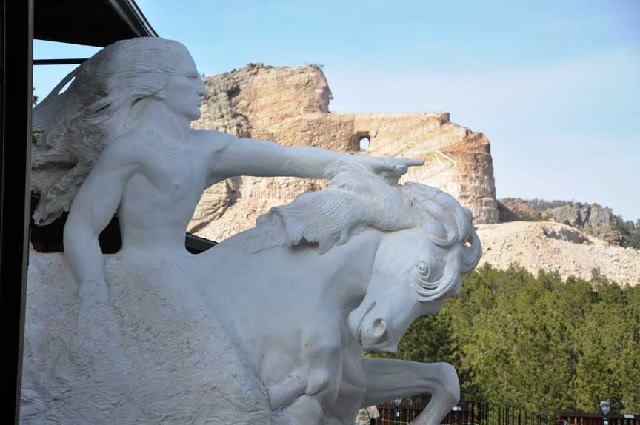 Oh Miki, is it? What were the chances? I should have looked it up, it would have only taken seconds, still, lots to see elsewhere! 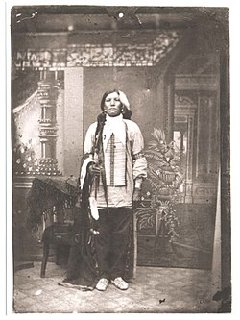 He wanted to protect the Lakota Sioux way of life from European influence and took up arms after witnessing many bad things like the Grafton massacre when the Chief, Conquering Bear was killed after a dispute about a cow that had wandered into the Sioux camp and was eaten by them. He had visions and took an active part in the Indian Wars, including diversionary tactics at Little Big Horn.

Anyway, they started the statue back in 1948!!!! It was just one man Korczak Ziółkowski and now his family continues the work, his wife died in 2014.

And, it's on Rushmore too? I thought I read it was 16 miles away, but some articles say it's on the same mountain? Anyway, I think it's cool!

I just looked at that. Of course, transgender people have been in existence since the dawn of mankind, they are found in many ancient cultures as being revered, in others not so. The present culture is in fact probably the most anti-transgender of all cultures of all time and is almost entirely extant worldwide in having that view. These are almost the worst times ever, save the previous 150 years or so for that.

Black Feet/Foot tribes are apparently called so because they dyed their moccasins black, because they imagined that made them run faster, it's a translation..... I don't know if that is true? Anyway, they were not just one tribe but three, Siska, Pegan and Blood tribes, which further goes, why Blood? 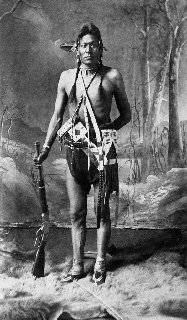 The Chief's had the amazing, atypical, feathered headdress. They are/were of course North USA and Southern Canadian. Montana etc...

I'll sign onto the South Dakota boycott. I always give liberal states my money if I have a choice. Although I did go to Vegas last month. But I guess Neveda is more progressive than a lot of Republican states. I feel badly Vegas Jen never came back to the site. No sense talking politics with someone from the other side.

Celia Eriksson wrote:...The present culture is in fact probably the most anti-transgender of all cultures of all time and is almost entirely extant worldwide in having that view.

I suspect the christian evangelists put a bad taste in their mouths about anything not conforming to the bible.

There are many cultures in their native expression accepted a third generation - mostly up and until the evangelicals started spouted their snake oil. The Bini Boys of the Philippines, the ‘Mahu’ and ‘Aikane’ of Polynesia, the Mbo people of Zaire to name a few.

It is terrible when things go backwards and I will cross S. Dakota off a list when I finally make a holiday in the USA.

Anyway, I have posted one of the brilliant Mercedes Allen's histories here before and I am sure she would be ok about my making all the links available. It is god reading, but a lot to read at once, but if you find time do so.

Many humans have lived and died expressing their true genders before us, we are not unique, unusual or mentally unstable.

We are solid, stable, brave humans that ace up to reality in a time of our greatest adversity, persecution and subjugation. These times are slowly changing for the better, but we are still one of the last free hits of the bigot. Yes, things are better than 100 years ago, better than fifty, twenty-five, even five years ago. But there is a very long way to go yet, this is why we lament such decisions as the South Dakota House's.

Here are the links to Mercedes' pages: