So it was the Iowa thingys, I only know it's the start of the nominations and I am quite surprised that Biden is not up there?

I see that you Americans have Buttigieg and Sanders in pole position atm. I think it all could be very close though, for if Warren is getting 18%, Biden the favourite 16% and even Klobuchar 12%, where is this gonna go?

And who can beat Trump? Who has the all round appeal? This is why I said long, long ago, it seems political parties can't see the wood for the trees. Harris would have been the perfect all rounder, but no:

Warren... too self-assured and not a favourite of many, many, for many, many reasons.... and I'm not just talking Republicans here know what I mean.....

Then there is Sanders, will never win in a month of Sundays.... too old too ….

Buttigieg.... maybe, just maybe, but not being funny, a bit young and although JFK won young, I think Nixon gave that up too easily..... no, not a contender.

So, prepare for another four years of him, because, even from over here, looking in through the fog, it is clear this side, you chose wrong. Yes, even at this stage, your DP nominations are all wrong.... again.

It's not entirely an American thing. We have the prospective Labour leader election coming on. We have but one that could possibly win an election.... Lisa Nandy. the only one with appeal, guess what, out of the four candidates, she is rated third.

There is a Marxist rated one, a complete boring hard left white male second.

A universally disliked person, because of lies, in a distant fourth. Forget the first in the ratings, it is Jeremy Corbyn's choice and more of the same. She has as much chance as I do of assuming power.

If Nandy does not win, the Labour Party could well become extinct of power. Starmer only if Boris truly makes a big mistake. They probably would never gain power again, yet strangely, they could still hold a huge amount of member. That is not so strange, because the Communist Party of Britain did so back in the fifties, for some reason beyond me.

Anyway, I had hoped for a miracle in 2020 for the USA, (Buttigieg maybe, perhaps, let's hope), but I think the chance has been well and truly blown. A clean sweep maybe for 2024? Perhaps Kamala is quite a clever lady in waiting... to show her shine.

Celia - the greater majority of Democratic POTUS candidates have won Iowa, but not always.

Iowa was debacle because of two things: 1) a badly written, badly vetted app, and 2) a group of GOP trollers using automatic dialers to flood the Iowa caucus voter center. Jamming the phones lines is illegal BTW and happened in New Hampshire a decade ago. Three individuals were charged and two did real jail time.

Sanders, if by some fucked up magic wins the nomination, he will NEVER, EVER win the POTUS. He is a mean old man with old man views.

I think Warren will give up after Tuesday's New Hampshire primary as she is losing the ability to raise money. If she stays in until the Nevada primary on 2/11 (oops) and does not do well, she is gone.

So Sanders is forging ahead!!!!! Soon it will be fat wotsit day, or is it big wotsitday? When lots of states have there thingies? Anyway, one thing is for sure, Sanders can't win!!! What are you doin' over there???? I'll try and help with a little bit of my mystic hypnytisyism!!!!! 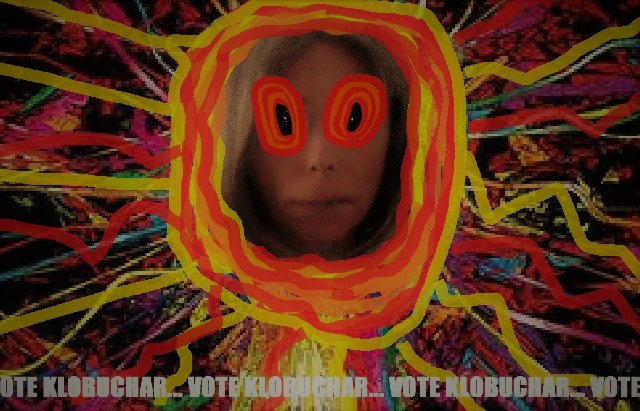 Sanders is a bomb thrower and will blow up whatever the Dems can cobble together after he loses the POTUS race to Trump, causes a loss of the House as the middle runs from the socialist and will keep the Senate Trumpian for a generation.

Well South Carolina Saturday 29/2 (no apology, it's how it should be written!!!!!

The latest odds? The London bookies are busy with it, here they are and it's a tight book!It is around 112 and can be made under 100 shopping around. They must be taking Clinton as a runner else the book loses lots, most likely someone has to have put big money on her at some point the past for them to offer the book so short. I did round up a little on Sanders, though he is available at 1/1. In fact I guess he is around 5/6, but even so.....

I retract, it looks like you are getting Sanders and he has zero chance!!!!!!

I can live with those odds and I REALLY, REALLY hope the bookies know their shit, 'cuz we can't live with a Sanders or Warren or Buttigieg against Trump.

Buttigieg needs more experience to be a valid choice. He should run to take on Todd Young (R-Indiana) seat in the Senate in 2022. Young is a back bencher and should be ready to be taken down. If he can beat a GOPer in a Midwest state then he will have made his bones.