Where are you all?

Where are you all? 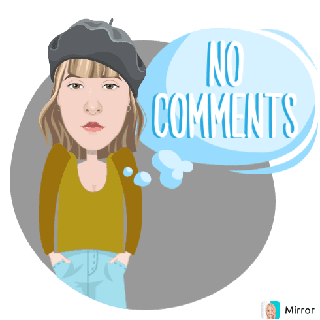 I am here (obviously) but not too much to comment on lately.

From the armchair writing about the New Hampshire Primary:

Bernie Sanders is piling up his bombs to throw, Pete Buttigieg is gaining and Amy Klobuchar is in the running.

Joe Biden and Elizabeth Warren will give up after bad showings in Nevada and South Carolina and Mike Bloomberg will continue to spend, spend, spend and frankly may end up with the nomination (not a bad thing).

Michael Bennet has dropped out and this is sad for me as he had good ideas and a great presence. Andrew Yang also dropped out so you won't be getting a $1,000/month.

Spent a couple of weeks between dsl and cable internet.

I now have cable, and I am back.

Miki, I truly hope Sanders does not win it, that would be a disastier for the Democrats! Americans simply 'aint that far left!!!!

I think Amy looks an OK candidate actually, and perhaps Bloomberg would have quite a good 'back up' for a perhaps successful campaign.

Buttigieg is my favourite, it would be brilliant news for all if he were President, but I think he just lacks something and of course many bigots will trash him...

Not so bad after all, excepting the big fat Sanders fly in the ointment!!!!!

I am not enthralled with Mike Bloomberg but he has the pocketbook and stones to go after Trump. He has a personal dislike for Trump that is truly evident in his campaign. He has also pledged his wealth, assuming he misses the nomination, to defeat Trump.

Sanders is a bomb thrower and must not be the candidate. Biden has lost his luster and Warren is simply not POTUS quality (stay in the Senate).

The U.S. has three sections of Federal government (four if you count the agencies formed by statute): the Legislative; the Executive; and the Judiciary.

Our constitution reserved a couple of things to the Legislative: The budget and taxation, going to war and to approve treaties with other nations.

So, and I consider this as important, if not more so, than healthcare, or guns or much of anything else is to get the Legislative to take back and assume it powers and responsibilities.

Trump has, willy nilly, modified treaties and imposed tariffs without consulting the Legislative. Presidents since Eisenhower have put our military in harms way and at times draining our treasure without consulting the Legislative. Trump has, in total and in the face violated existing law by redirecting funds to his border wall and also withholding funds to the Ukraine.

I want a POTUS candidate to start talking about giving back those powers taken from the Legislative. I can understand that the Legislative does not want to be responsible for going to war, but if the Legislative were to take back this responsibility then maybe we wouldn't be stuck for almost 20 years fighting amorphous enemies.

Maybe, if the Legislative were to take back its ability to consent to treaties and their modifications we wouldn't have a Trump placing punitive tariffs on countries like China and Canada.

I like Bernie, if it only took a snap of my fingers, he'd be president.

But it doesn't work that way.

I've yet to see a candidate worth mention. It's basically why the US has that fucking piece of shit in now because the Dems couldn't find anyone worthwhile to save their lives.

The US deserves Trump. 40% won't vote at all, and half of the voters actually wanted the piece of shit for president. Which means 40% not interested in voting, and 30% wanting Trump = you deserve whatever he does to the country.

Just fucking glad it's not my country and not my problem.

Been a bit preoccupied. My wife came home Jan 20 for home care and therapies. She's doing well and actually gaining weight I think.

The chemo she was receiving didn't work. The cancer is too aggressive and hard to kill. So, she's been accepted into a clinical trial of a different type of treatment using her own, genetically modified T Lymphocystes (a type of white cell we all have).

The site we are working with is LDS Hospital in Salt Lake City. We just returned tonight from there. Yesterday she had an appointment with the principle investigator, then had a triple lumen central IV catheter placed, then underwent 2 hours of apheresis to collect her T lymphocytes. Those will be sent to a lab, where they will be genetically modified to recognize a specific surface antigen on the cancer cells, then grown to increase the number of cells.

In about 4 weeks we'll return to SLC where they will first give her chemotherapy to reduce the number of white cells in her blood so that when they infuse the modified cells they are the predominant white cells circulating. Then we watch and wait. Watch for side effects - there are several that are quite serious and they are set up with a specific ICU and skilled staff to manage the most serious effects. We wait and at a certain point after the infusion - about 4 weeks, they will image her with a PET scan to see if there is any cancer surviving. So far, about 94% of people in this study have shown significant response and about 80% show no further sign of cancer at 4 weeks.

And last week my only remaining brother passed away after a long history of MS, diabetes and mental health issues caused by the MS. A kind, gentle man who loved to do things for other people, and loved making cookies. His cookies were known all over our home town as the best. I will miss him immensely, but am happy he no longer suffers from his illness.

May I be as bold, as for being far across the waves, to sincerely wish your wife a full recovery with her new treatment.

I want Michaela to be president.

Miki (aka Michaela) raises her hand and says she'll do it!

I cannot imagine the strain you and your wife are under.

That is good. I am 5+ months out of the hospital and have only gained #10.

Elizabeth Lynn wrote:So, she's been accepted into a clinical trial of a different type of treatment using her own, genetically modified T Lymphocystes (a type of white cell we all have).

Here's hoping for goodness to happen!

Elizabeth Lynn wrote:And last week my only remaining brother passed away after a long history of MS, diabetes and mental health issues caused by the MS.  A kind, gentle man who loved to do things for other people, and loved making cookies.  His cookies were known all over our home town as the best.  I will miss him immensely, but am happy he no longer suffers from his illness.

MichaelaSJ wrote:Is this the treatment where they introduce a modified virus that changes the patients DNA. I have seen TV articles regarding this type of cancer treatment where an HIV virus modifies the patient's white cells and is then reintroduced into the patient with the excellent results you have reported.

Pretty much, though the genetic changes are only to the T-Lymphocytes and not the patient's genome. The changes sensitize the T Lymphocytes to recognize and attack B cells, both normal and cancerous and destroy them. They do this by recognizing a protein called CD19 which is an antigen on the surface of B cells. The response rate is high - in the high 90% range, but there is insufficient data to know what the long term - 3 and 5 year survival rate is.

There is an FDA approved commercial product using this approach, but Lynn isn't a candidate for that product because it requires the patient fail two different types of chemotherapy before being eligible for the commercial product. the study she is taking part in is specifically to evaluate this product as a second line treatment for her type of cancer, thereby reducing the time of treatment by not requiring administration of an additional therapeutic which prolongs the time the cancer is active and increases risk of additional agents to the patient

The strongest best wishes on a speedy full recovery for your wife Liz, lost several relatives and friends to cancer myself, it is a illness I have a particular hatred of.

As for me, I've been busy getting totally exhausted building 21' tall concrete apartment foundation walls, and fearing the next job-site where a drastic speed increase and load carrying capacity increase are expected, the current one took 9 moths, the next is 7 foundations at only 4' tall and is expected to be completed in 4 days flat each (12-16 hour shifts).

as a result i'm frantically searching for better less demanding work that pays as well or better....

I'm still floating around and about....I don't pop in and say 'hello' as often as I should, I know.

I come here when I can get here, which has been impossible lately. I use a different password for every site and often have to use the reset password link on everything from this site to reddit to my email accounts because I have trouble remembering which password goes with which site, and I won't write down site names on the password list because my brother tends to get a bit nosy when he's troubleshooting my system.

Until last night I'd hit the link, type in my user name and email address, and it would say there's no record. Not sure why, because I can go right into my email account and pull the confirmation email up from when I signed up.

Anyway, the last time I tried to sign in I hit the attempt cap, got locked out, went to bed, and decided to forget it. Last night the lost password link finally worked, so here I am.

I have a written list..... I am sure it's safe as I live alone, unless a burgalary type person wants to know my business, I am sure it's ok! One tip is to have the sitename initials, straight or backwards with a random, but signifiacant core of numbers and letters that you use afterwards, reversed or straight? Might work?

I hope you are now ok, Morphine does do the trick, but please, no more than prescribed and I don't usually say anything about such things but I will this time... YES! EAT SENSIBLY, ADHERE TO ANY DIETARY ADVICE!!!!!!!

Hoping that now you are home resting and enjoying Sammy?, (your doggy), sweet Miki, by what you have written!