The United States, and maybe the World lost a very good friend today: 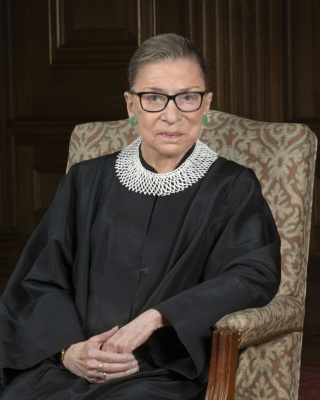 That's truly sad. But worse if Trump uses it to force a conservative into the job. What is wrong with America where the judiciary is political? Like some tinpot South American banana republic?

With Trump though South America will seem a bastion of liberal democracy.

mariehart1 wrote:With Trump  though South America will seem a bastion of  liberal  democracy.

Will he have time to instate one of his own? It seems a trifle quick? I read that if he does, the USA will be under the influence of the present set-up's influence for years....

Trump claims to have a name to put forward this Thursday or Friday. Senator McConnell (he heads the Senate) claims to want to bring Trump's nomination to a vote this session.

There are two potential female candidates both have stated, publicly, their opposition to Roe v Wade (women's reproductive rights) and to the ACA (Obamacare) and one of the candidates is fiercely Catholic and will want to strengthen the rights of religious institutions.

Trump can and McConnell will and that is the greatest threat that faces the future of the United States.

The US Senate is tasked with approving Justices and Federal Judges and cabinet secretaries. It only takes a majority to approve. Right now the Senate has 53 GOP seats and 47 Dem seats. The tie breaker being the Vice President who can only break ties. So, in order to block any nomination it would take at least 4 GOP Senators to walk across the aisle and vote with the Democrats.

Currently only two Senators, Murkowski (Alaska) and Collins (Maine) have stated they will not vote to confirm. Need to find two more GOP Senators willing to show their courage and buck Trump.

It going to be tough