I know I am a very political person, but sometimes somethings need to be shouted from the rooftops.

Today, our new POTUS Biden signed an Executive Order not renewing any contracts for private prisons. THIS IS GOOD, VERY GOOD. Every state, including my California, should do the same.

The only way private prisons make money is by having a fully populated prisoner population. This means that governments are necessarily complicit in sentencing convicted individuals to a private prison. Many states, my California included, entered into contracts with private prison operators that required the states to maintain a high level of prisoners to keep the private prisons profitable.

What this means, and especially for people of color, is that sentencing recommendations necessarily mean sending an individual to a private prison when the same level of justice could have been meted out through probation or some other type on non-incarceration.

Many states, primarily in the southern U.S., are sending minor offenders off to very lengthy sentences for possession of small amounts of drugs, or for minor theft offenses simply to meet occupation requirements at their private prisons.

At least now, federally, offenders of minor offenders will have a chance of not being incarcerated because there will be a need to justify the cost of jailing an offender versus the cost of probation.

I have been saying this for years. I recently lost 26 months of my life to prison becauase I had several of what are supposed to be minor violations of supervision. State run jails are guilty of this practice as well. The town I live in is building a new jail. The towns population is 1100. The entire county is only a few thousand. Current jail holds 7 or 8 people. The new one can hold dozens. Why? They will get paid by other counties to hold prisoners for them. How do I know? I spent about 10 months there and learned it from staff. The state prisons are given a much larger alottment of funds per inmate than they actually use. The average prison meal cost is less than a dollar. And the majority of menial labor is provided by inmates at a rate.of 50 centa per hour and they take half.of that until court costs are paid. The whole rehabilitation system is a joke. Its a revolving door system stacked against the peoplw thet are supposed to be helping. Supervision ia a nightmare. You can go to jail from so many things. I got out after 26 months in june. Because of covid im at more of a disadvantage for work than ever. Im told by my officer all the time that ill find a job.if.i try. I tried every possible.place i am capable of working at. My specialty? Food service and hospitality. What few jobs are around have way more.competition and im at the bottom of the pile. The one job I was able to get, a sawmill,let me go my first day claiming the guy i replaced wanted his job back. Nice for him huh. They assured me when an opening cake up id be first in line. Big lie. I cant go to a bigger town for work because i cant afford it. Halfway houses are overloaded. The only reason im not.on the streets is i had a few grand in savings and the one thing they wete able to give me was food stamps. Over 300 a month because its been boosted. In a feq.months i wont even be able to pit gas in my car let alone insure it. Ive had major depression since release, partially due to the prison shrink refusing to acknowledge my conditon and pulling my medication with no substitute. I do nothing anymore but sit around here reading online and trying to scrape.up enough human contact to not lose it. Until I adopted a cat I was talking to myself all.day and it was.starting to get wierd. The one major thing that has given me enough hope to keep going is finally getting hormone care. Thats.actually helped a ton but.my life ia still pretty pointless. In jail all i did was sit alone and read and draw all day. I spent months at a time seeing nobody but the guard on their rounds.or the person who brings my food. Pretty much nothing has changed in that routine. One.must never give up hope because thats all that carries.one through things like this. So glad i have internet and a keyboard.to play. Good grief I really went off there. Sorry the topic here is really close to me. I support the removal of private prisons. They dont just hurt inmates they hurt our whole country.
--------------------------------------------------------------------------------------------------------------------------
=^_^=

Bunny says just say a loud NO!! to private prisons. 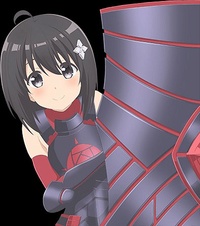 I generally oppose private prisons for different reasons that you, but on the ultimate issue we agree.  I am open to being persuaded that you are right and I am wrong where we disagree.

I am very political too, but I am libertarian.  So, small government and individual liberties are my most important focuses.

MichaelaSJ wrote:
The only way private prisons make money is by having a fully populated prisoner population. This means that governments are necessarily complicit in sentencing convicted individuals to a private prison. Many states, my California included, entered into contracts with private prison operators that required the states to maintain a high level of prisoners to keep the private prisons profitable.

While I don't doubt that the contracts call for the private prison to maintain a particular level of occupancy, I do not know of any evidence to suggest that states are incarcerating people or extending sentences to fulfill the contract.  I would be VERY interested to see that evidence if you have access to it.  I am only aware of one case where for profit prisons caused higher (longer termed) incarceration rates.  That was a case wherein a judge was bribed (and later plead guilty to doing so) to sentence people and enhance their sentence to enhance his personal wealth.  But, there are plenty of factors that do promote the "incarceration state".

I believe that the extreme number of people in prisons in the U.S. has several causes, which converge to amplify one another.  And, I don't think that the existence of for profit prisons is pushing that.

Politicians have passed many draconian laws, and prescribed mandatory sentences for political gain.  They do this by playing on people's fears, and convincing them that ONLY THEY, through the power of government, will keep them safe from "X".  Just give up some of your liberties and the government will protect you.  Let the government listen to all of your phone calls, let them track you using your phone.  Let them monitor your electronic communications.  And, they will keep you safe.  But, they can't.  And, they don't care.  Because the less safe you feel, the more you need them.

So, they played on racial prejudices to pass drug laws.  They played on fears of terrorism to pass surveillance laws.  They pass gun regulation to fight crime.  And, they lock up a higher percentage of our population than just about anywhere.

Meanwhile, government worked tend to be over paid, compared to private business employees.  A private company can much more cheaply hire people to work in a prison than a state can.  There is no state retirement, most of the healthcare benefits of the state employees are not extended to private prison workers.  The prisons are newer, and designed to control the population with less employees (as long as things are under control).  They leverage technology to permit a hand full of guards to keep a large number of people under control.  And, they don't make much effort to keep the prisoners safe from one another.

The less money the spend housing and feeding each prisoner, the more money they make.  So, they don't have much incentive to offer healthy foods

MichaelaSJ wrote:What this means, and especially for people of color, is that sentencing recommendations necessarily mean sending an individual to a private prison when the same level of justice could have been meted out through probation or some other type on non-incarceration.

I don't have any reason to believe that is true.  But, race does play a role in our justice system.  And, poverty does too.  Black or white, if you are poor you probably won't have good legal representation.  And, the government's response to disproportionate sentencing based on race was to take sentencing out of the hands of the judge and to mandate EVERYONE gets a harsh sentence (because, voters are afraid of crime).  Not all POC are poor, but POC are disproportionately poor, and therefore, they are disproportionately represented by inadequate counsel.

Many states, primarily in the southern U.S., are sending minor offenders off to very lengthy sentences for possession of small amounts of drugs, or for minor theft offenses simply to meet occupation requirements at their private prisons.

As a lawyer in a southern state, I have seen no evidence of this.  Nowhere in the southeast are more than 30% of prisoners held in for profit prisons.  And, the state prisons are bulging at the seems (legally over crowded, risking becoming cruel and unusual punishment).  Prisons designed for one inmate per cell often have at least two, and that is in the state run prisons.  There is no need to lock people up longer than otherwise, or more frequently than otherwise.  Instead, the problem is finding a bed for all of the people the system has locked up on its own.

At least now, federally, offenders of minor offenders will have a chance of not being incarcerated because there will be a need to justify the cost of jailing an offender versus the cost of probation.

I think  that if you keep an eye on it, sentences will not accordingly begin to become less.

There are people who NEED to be jailed. But being black or Hispanic or Asian or a lower income White person should not be the reason to be sent off to a prison run simply for profit.

On that we agree.  I don't believe it is happening (people being sent off to a prison run simply for profit), but people are certainly being sent off for crimes that shouldn't even be crimes, and for longer sentences than are justified.  And, this has effected people of all races, but it has more significantly impacted POC.