quite a big step, at least as far as the Democratic administration can go.

Dr. Rachel Levine, the nation's most senior transgender official, made history again Tuesday by becoming the first openly transgender four-star officer across any of the country's eight uniformed services.
"This is a momentous occasion, and I am honored to take this role for the impact I can make and for the historic nature of what it symbolizes," Levine said in a speech at her swearing-in ceremony. "I stand on the shoulders of those LGBTQ+ individuals who came before me, both those known and unknown. May this appointment today be the first of many more to come, as we create a diverse and more inclusive future." 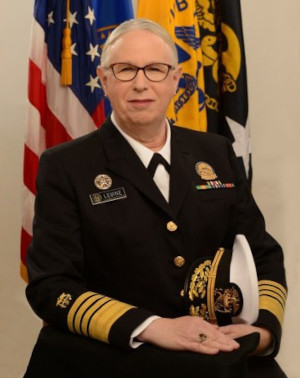 "Just as they stepped up to defend our rights to freedom and liberty, I now follow in their storied tradition of service as I step up to defend the health of our nation," she said.

Out of the eight uniformed services in the United States, including the Army, Navy and Air Force, the Public Health Service Commissioned Corps distinctly focuses on medical issues.
https://www.nbcnews.com/nbc-out/out-health-and-wellness/dr-rachel-levine-becomes-nations-first-transgender-four-star-officer-rcna3283

Similar topics
» Not looking forward to Xmas.
» One step at a time...
» Another step closer.
» Latest step for my fiance
» I've taken what I feel is a huge step. [Contains NSFW language]