Some of you may remember I have a deep interest in astronomy and although it has been nearly a year since I have peered through my telescope, I still reach for news related to astronomy, and it is a huge story that is beginning to be explained starting today.

This is an image of what the Webb Telescope will look like in space: 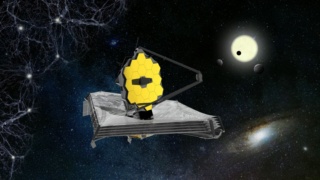 Some of you may remember the first image of the Hubble Space Telescope being horribly out of focus, the effort it took to correct the image as shown below:

Consider the engineering that went into constructing the Hubble and somehow realize that nearly 10 times the effort went into the Webb versus the Hubble. The Hubble's main mirror was 9' in diameter whereas Webb's mirror is comprised of 18 hexagonal segments when fully extended will create a mirror 21' in diameter. The Webb mirror is also coated with gold as its primary purpose is to look for infra-red objects in space and gold reflects infra-red photons better than a mirror as the Hubble has.

So, today, the Webb's first image was announced to the world, and here it is: 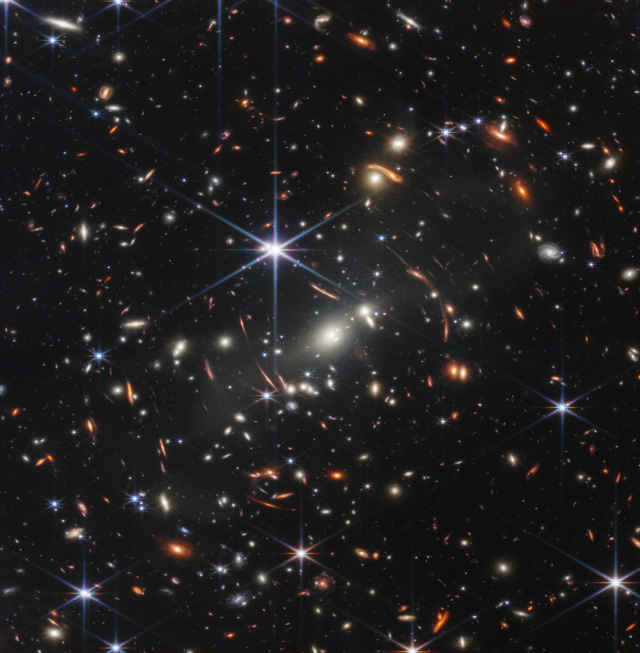 This is a spectacular image of a piece of space that if you held up a finger, your fingernail would cover the area. The image shows an area of space where an item is so massive it is literally bending space and that is why some of the galaxies are distorted, looking a bit like apple slices.

It is quite amazing. The clarity of those galaxys. There are around an average of a trillion stars in a galaxy... and more galaxys than humans that have ever walked the earth. The numbers are breathtaking.

I look forward to seeing more pictures from this incredible piece of equipment.

In a largely depressing world, this is a great achievement for our species.

There are two main reasons for the clarity of the images: 1) the Webb is designed for infra-red observing which allows for stars that are embedded in the galactic/intergalactic dust to be clearly seen as the star's heat shows through the clouds of dust in and between galaxies and 2) the larger the diameter of the telescope determines the resolution inherent in the system,

It's  magic. I love those pictures. OK not magic, science. I'm  quite  excited about the  webb telescope as I  was about  Hubble. Then I read that Webb took a hit  from  a micro meteorite. That  worries me.

I'm  not obsessed with astronomy but as a nine year old I  stayed up all night to watch Neil  Armstrong step onto the moon. I never lost that fascination. Plus I  run out  the  door when the app says the ISS is passing overhead.

I  watch all the space  stuff and I  never  miss The sky at night on the BBC. No not  obsessed.

I have to say I'm terribly excited about  what the  Webb telescope is about  to  see.

All those galaxies! They're  beautiful.

When I  was young I  thought we  lived in the space age. Now  I  know  better, my sons after all these years don't live in the  space  age. They look  in askance when I enthuse about it.

But they're right. The space  age is over. We're  not  going to  explore space in person except with our friend Webb.

Maybe.......but I really wanted to escape into space as a child.