Two more transgender Americans have died by violence in recent days, both of them women of color.

Marisela Castro, 39, was shot to death in Houston early Friday, the Houston Chronicle reports. She and a man, who has yet to be identified, got out of a car on a city street, and the man shot her in the back.

Castro was born in Honduras and spent most of her life in North Carolina. She moved to Houston a few years ago to be closer to her nieces and nephews, her friend Jorge Luis Lizardo told the Chronicle.

They had a strong friendship, he said. “I’m also gay, and she told me that things could be difficult for her as a trans woman. I told her she had a friend in me, and from there we called each other brother and sister,” Lizardo told the paper.

She worked in construction in Houston, and she would always stand up to discrimination at work sites or at businesses that didn’t want to serve her, Lizardo said. She managed to stay upbeat nevertheless, he said. He was planning a party for her 40th birthday, which falls at the end of August.

“Yet again, we find ourselves having to memorialize and honor a member of our community who was taken from us long before her time,” Tori Cooper, the Human Rights Campaign’s director of community engagement for its Transgender Justice Initiative,” said in a press release. “Marisela Castro’s life, from all we know of it, was filled with love for family and friends, all of whom now share in the grief of her loss. We must all do more to protect transgender women, as we all deserve to live full lives free from violence and discrimination.”

“Rest in power, Marisela,” Sue Kerr wrote at Pittsburgh Lesbian Correspondents. “You deserved the wonderful 40th birthday party you planned for August. You deserve more time to spend with your family and friends. I am so very sorry that you experienced hate and discrimination in so much of your daily life.”

Toi Davis, a 34-year-old Black woman who worked as a certified nursing assistant, was found dead July 16 in Milwaukee “under suspicious circumstances,” Pittsburgh Lesbian Correspondents reports. Few details have emerged about her death, but it is clear she was well-loved by family and friends, the site notes.

She was a member of a trans organization called Sisters Helping Each Other Battle Adversity and recently shared her story its Facebook page. She wrote that she felt her path was ordained by God and noted, “My transition has saved my life.”

So far this year, at least 25 trans, nonbinary, or gender-nonconforming Americans have died by violent means. The true number is likely much higher, as many victims are deadnamed and misgendered by police and media, or their deaths not reported at all. A record 57 such deaths were reported last year. 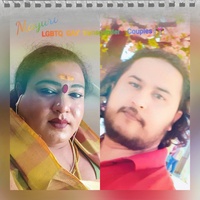 Terrible news, the fatal flames of bigotry, with press pouring fuel upon the fire has consequences.

BTW, l may move this section up to 'In The News' section, for l think its position at the bottom of the homepage causes the posts not to be read so much... what does everyone think about my doing so?

It's ok Boss we will follow you. Thanks and appreciate dear

Similar topics
» 22 of us killed
» The truth of women.
» Three women in one day. Bit of a soap really.
» Women's World Cup!
» women's restroom victory